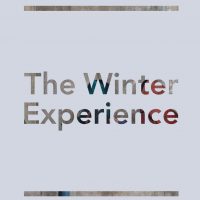 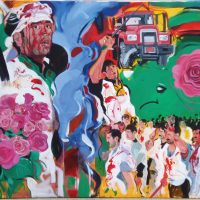 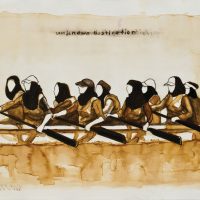 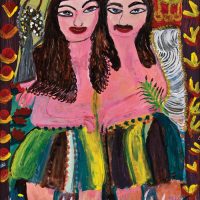 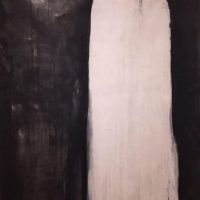 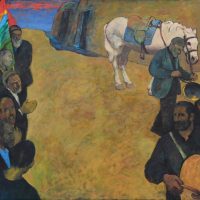 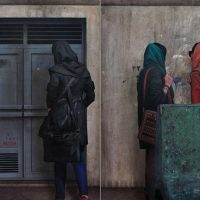 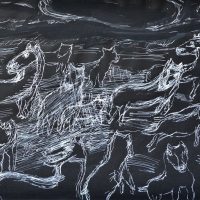 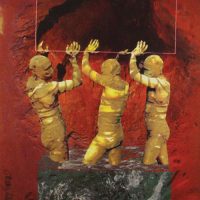 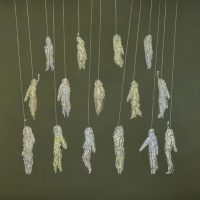 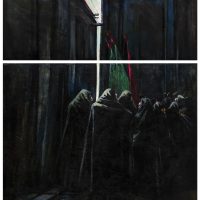 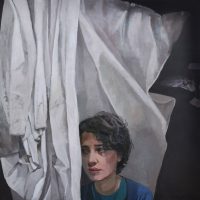 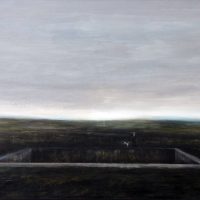 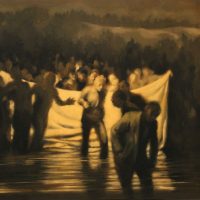 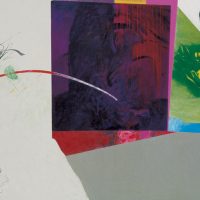 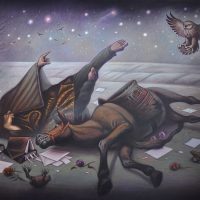 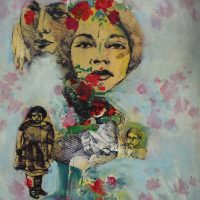 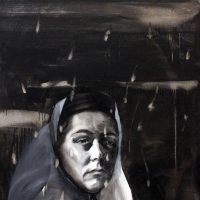 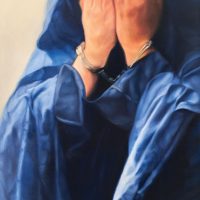 Four decades ago, Iran went through a revolution during which “moment it was considered a massive revolt for freedom, independence, democracy & social fairness and against suppression, corruption, social inequality & foreign domination”*. Lifestyle, events and movements were deeply influenced in the aftermath, not excluding humanism, art and the cultural path of society from this principle. Iranian people according to this constraint, find an identity based on restrictions which led them to new forms of experience while facing new condition after the revolution, using all these as basis for their lifestyle, a manner which was exclusive to them and their time.
Artworks gathered for this exhibition are in part efforts by painters who lived this eccentric and agitated era. The emphasis on human figure in forming the content, form & point of view of the painter at the moment creating the artwork is the main element of this collection. A research which gives us a small opportunity to review the work of these artists.